DSV’s Long range Ultrasonic Testing (Teletest) is a guided wave ultrasonic NDT technology developed for detecting metal loss in pipe-work. It is a pulse- echo system aimed at testing various volumes of material from a single test point. Its initial application is for detecting corrosion under insulation in petrochemical plant pipe-work, but it has found widespread use in other inspection situations where pipes or tubes are not easily accessible, for example where they encased in a sleeve or elevated above the ground.

Teletest is primarily a screening tool. The aim of the inspection is to test long lengths of pipe rapidly with 100% coverage of the pipe wall and to identify areas of corrosion or erosion for further evaluation using other NDT techniques such as radiography or conventional ultrasonic inspection. The technique is equally sensitive to metal loss on both the outside and inside surfaces of the pipe.

Advantage of LRUT (detection of flaw) 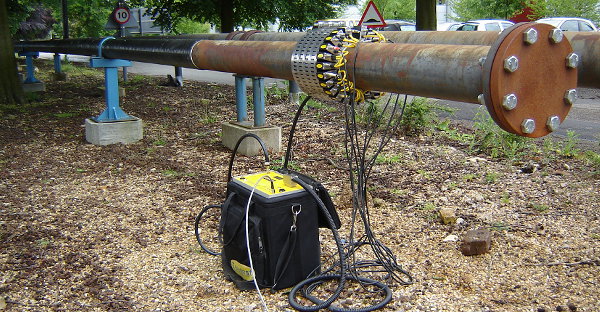 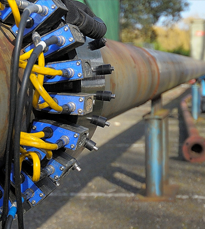 We will be glad to send you quotations on any of our service deliveries.